Hello from Hooked On Panama,

We just had the Texada,Morrison and Badeaux group from Louisiana and was a fathers and sons trip.
I´m sure they owe the wifes a trip now.
They were here for three days of fishing.

Day 1  Started out a little slow but did release a 200 lb. Black Marlin and brought in some Rock Snappers for dinner.

Day 2  Fishing picked up and they released 3 Black Marlins 200 to 400 lbs. 5 Sailfish and a few small Ahi´s for dinner and Shashimi.

Day 3  They released 1 Blue Marlin, 1 Black Marlin, 5 Sailfish and lost 2 more Blacks. At the end of the day picked up a nice Mahi for dinner. Lost count of how many Bills were raised over the three days…. 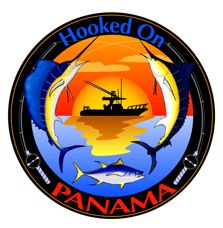